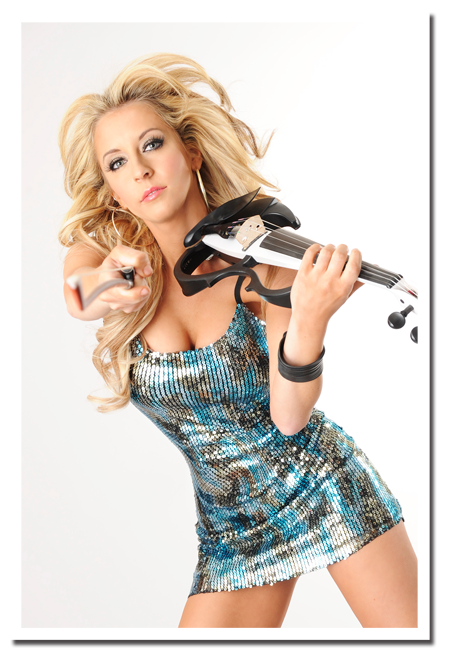 Nina Nina Di Gregorio, a Yamaha string artist, is a classically trained violinist, bass player, writer/arranger, and vocalist, but is most well-known for being a pioneer of the  electric rock violin.  She has performed as a soloist and and string arranger with the some of the biggest names in the business. Recently, she arranged and performed strings with the Killers for President Obama and on the Killers latest album.  Television credits include the Latin Grammys with Shakira, and she can also be seen featured on the Beyonce “I am…Yours” DVD and both “David Foster and Friends” DVDs, alongside Josh Groban, Michael Bublé, Boz Scaggs, and Peter Cetera among others, as well as the featured soloist with Charice.  Other television credits include a performance with Andrea Bocelli for the dvd “Amore Under the Desert Sky,” “Michel Legrand and Friends,” “Bell’aria,” and America’s Got Talent Season One with Bella Electric Strings, of which she is founder, writer, and lead violinist.

She was the solo violinist in Toni Braxton’s band for 2 years. Other performance credits include:

As  a writer/arranger, her work has been heard in shows such as “Toni Braxton Revealed,” “Beyonce I Am….Yours,” The Fab; Beatle’s Tribute Band, The Las Vegas Tenors, The Killers, The Yellow Brick Road Symphonic Rock Show, as well as on many studio recordings.

Nina’s work with her project Bella Electric Strings can best be described as, “imagine if Hendrix played a violin.” Utilizing full effects pedals and blistering solos, she brings to life many famous rock tunes for electric string ensemble. Bella recently performed as the featured string quartet with Richard Marx in his Las Vegas acoustic show. The group keeps a busy corporate schedule, as well as traveling for Yamaha String Educator Development Seminars, in which Nina’s arrangements are featured around the country to demonstrate the Yamaha Silent and Electric violins.

Nina holds a Bachelor of Arts in English from the State University of New York at Buffalo, as well as a Bachelor of Music in Violin Performance. She also holds a Master of Music degree in Violin Performance from the University of Nevada Las Vegas. She can currently be seen featured with the Lon Bronson All-Star Band in Las Vegas, and throughout the country with Bella Electric Strings. 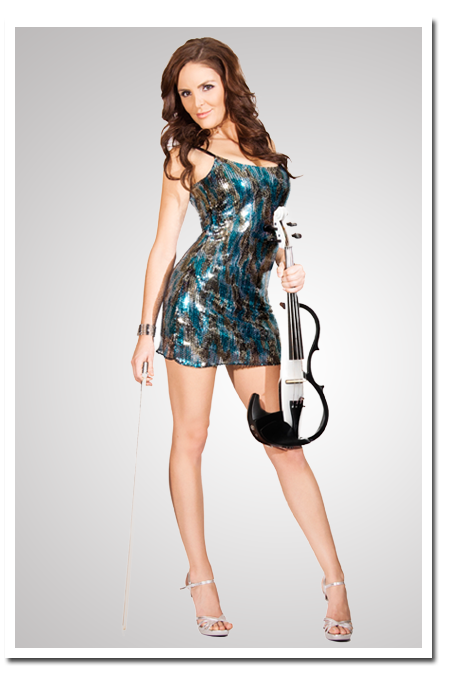 Andrea Andrea Whitt, is an exceptionally versatile violist, trained in classical, jazz and rock genres. Her passion for jazz and improvisation began in college while performing in a Brazilian jazz ensemble and studying intensely under top jazz pedagogues. Andrea received her Bachelor and Master of Music degrees in viola performance at the University of Cincinnati College-Conservatory of Music. Upon moving to Los Angeles, Andrea expanded her repertoire by joining the band Jayar, a nationally touring acoustic-electric rock band.

Other artists Andrea has played with include:

Television credits include: The Ellen Degeneres Show, Jimmy Kimmel Live, Billboard Music Awards, The Late, Late Show with Craig Ferguson, The Cape, and a featured role as a violist on a Cricket Wireless national commercial.

A pioneer in creative string pedagogy and performance, Andrea was commissioned to write two pieces for the 2010 International Viola Congress in Cincinnati, Ohio. As a guest clinician for the Congress, amongst other nationwide schools, she instructs young string players in improvisation and multi-genre performances.

When Andrea isn’t traveling between Los Angeles and Las Vegas, she an avid yoga practitioner and painter, recently starting her own greeting card line. 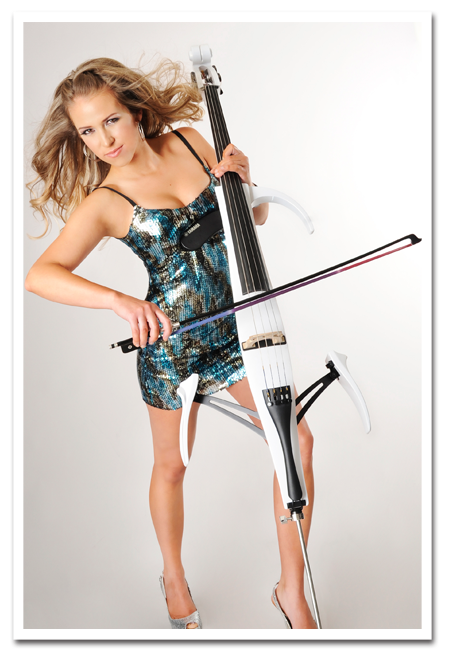 Mandy has performed with a wide variety of artists including:  Beyonce, Kanye West, Richard Marx, Wynonna Judd, Marco Antonio Solis, Ricky Martin, Christian Castro and the bands Deep Purple and Earth Wind and Fire.  She was also the featured cellist in a performance with David Foster and Katherine Jenkins.

Her television and film credits include:
Beyonce I am Yours
David Foster and Friends Hit Man Returns
The 2011 Latin Grammys
PBS special Bell’Aria.
When she is not rocking out with Bella Electric Strings, Mandy can be found subbing at “Phantom: The Las Vegas Spectacular,” Disney’s “The Lion King,” and at the Frankie Moreno Show.  She has also performed with the Las Vegas Tenors, the Las Vegas production of “Listen to Our Song”, the Yellow Brick Road Symphonic Rock Show, and David Maldonado’s “Noche de Passion.”  In addition to live performances, Mandy can be heard on multiple studio recordings, both classical and rock/pop.

In addition to performing, Mandy has a passion for teaching.  She maintains a private cello studio and is on the faculty of the Nevada School for the Arts, the New York Music Academy, and is a specialist in the Clark County School District.  In her free time, Mandy enjoys running and has completed several marathons. 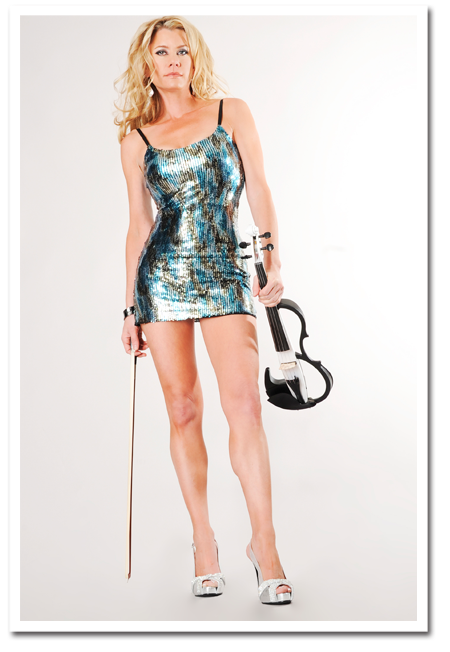 Jen Jennifer Eriksson is a classically trained violinist. A native New Yorker now based in Las Vegas, Jennifer is a tenured member of the Las Vegas Philharmonic, concert master of the Nevada Chamber Symphony and artist in residence at The Meadows School. She has been performing with Bella Electric Strings for six years.

Jennifer has shared the stage with a vast variety of performers requiring her to master a huge range of musical styles. Just some of the artists she has performed with include; Cheap Trick, Deep Purple, Tony Bennett, Johnny Mathis, Luciano Pavarotti, Placido Domingo, Alicia Keys, Ben Vereen, Bernadette Peters, Barry Manilow, Earth, Wind and Fire, Mary J. Blige , Smoky Robinson, Jewel, Merle Haggard, Whitney Houston, and Metallica. In addition, she has performed with the Nevada Ballet Theater and the Nevada Opera Theater.

She received her music degree from Indiana University’s Jacobs School of Music and holds multiple certifications for violin pedagogy.

Bella electric strings is not only an opportunity for Jennifer to manifest her wide range of musical skill and experience, it gives her the chance to cut loose, improvise, rock out and create a uniquely fun and exciting show for the audience.